At points throughout the landscape, there are mountains that rise from flat terrain - imposing upon the surrounding area and seemingly unconnected to any range or belt. Such mountains are often named “Lone Mountain” to emphasize this landform’s eminence in comparison to its low-lying surroundings. Despite being a mountain alone from other such landforms, they still exist within an environment of flora, fauna, humans, and history that is both influenced by and influences the mountain. Furthermore, the number of mountains given the designation “Lone” shows a connection between these mountains, despite existing far away from each other in varying landscapes and environments. I find this dissonance of being alone within a surrounding ecosystem or connecting context to be both compelling and relatable. By bringing these mountains together in one space and shifting their immense scale to something that can be more intimately viewed, I think about the various relationships between such entities. Through illuminated installation and overhanging augmented reality, these points of connection are revealed. Even with having unique forms and relationships to their surrounding environments, they are bound by their label to be thought of - as a group - as alone. I invite the viewer to ponder this irony as these mountains illuminate the space with depictions of the shared as well as particular forces that make them lone. 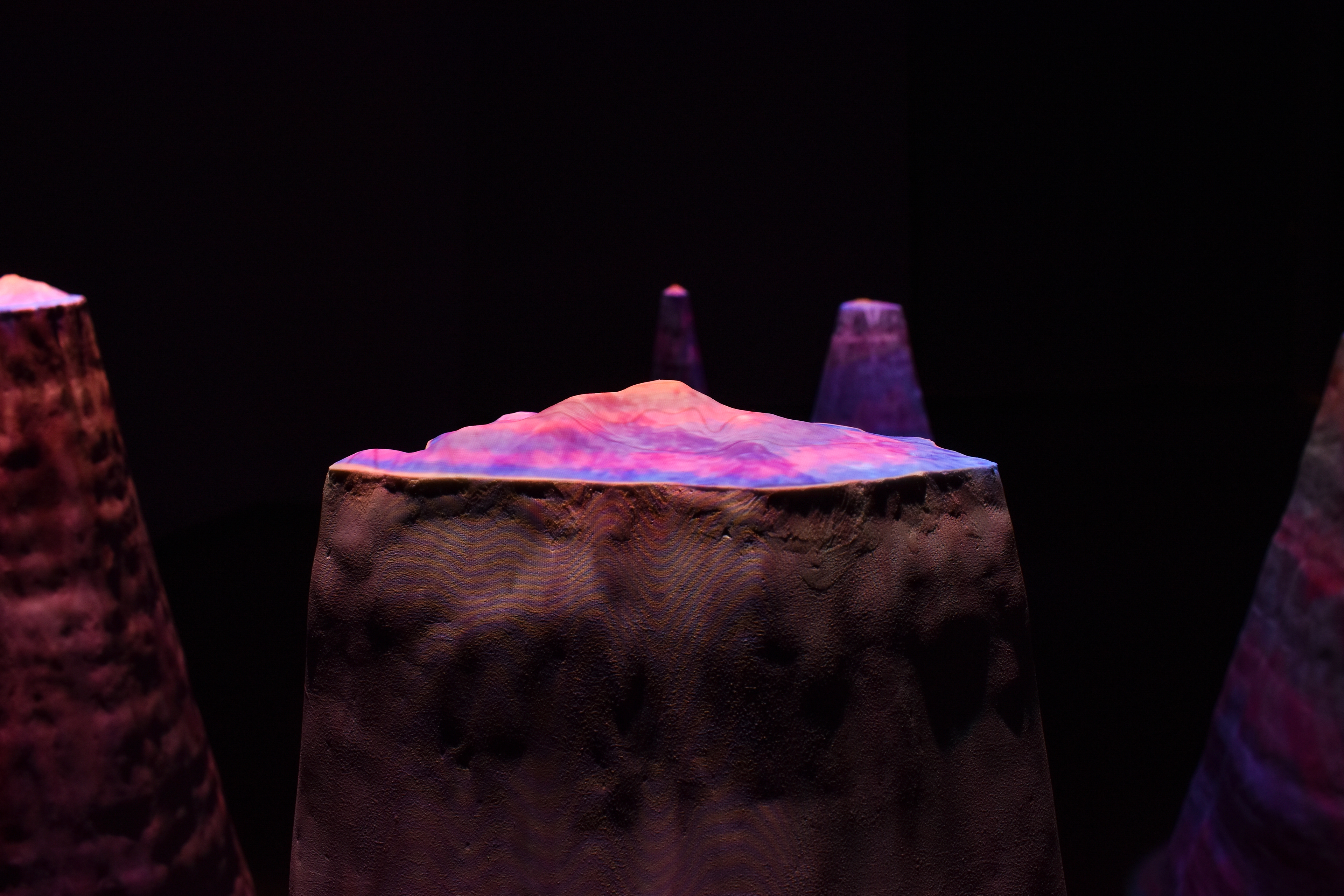 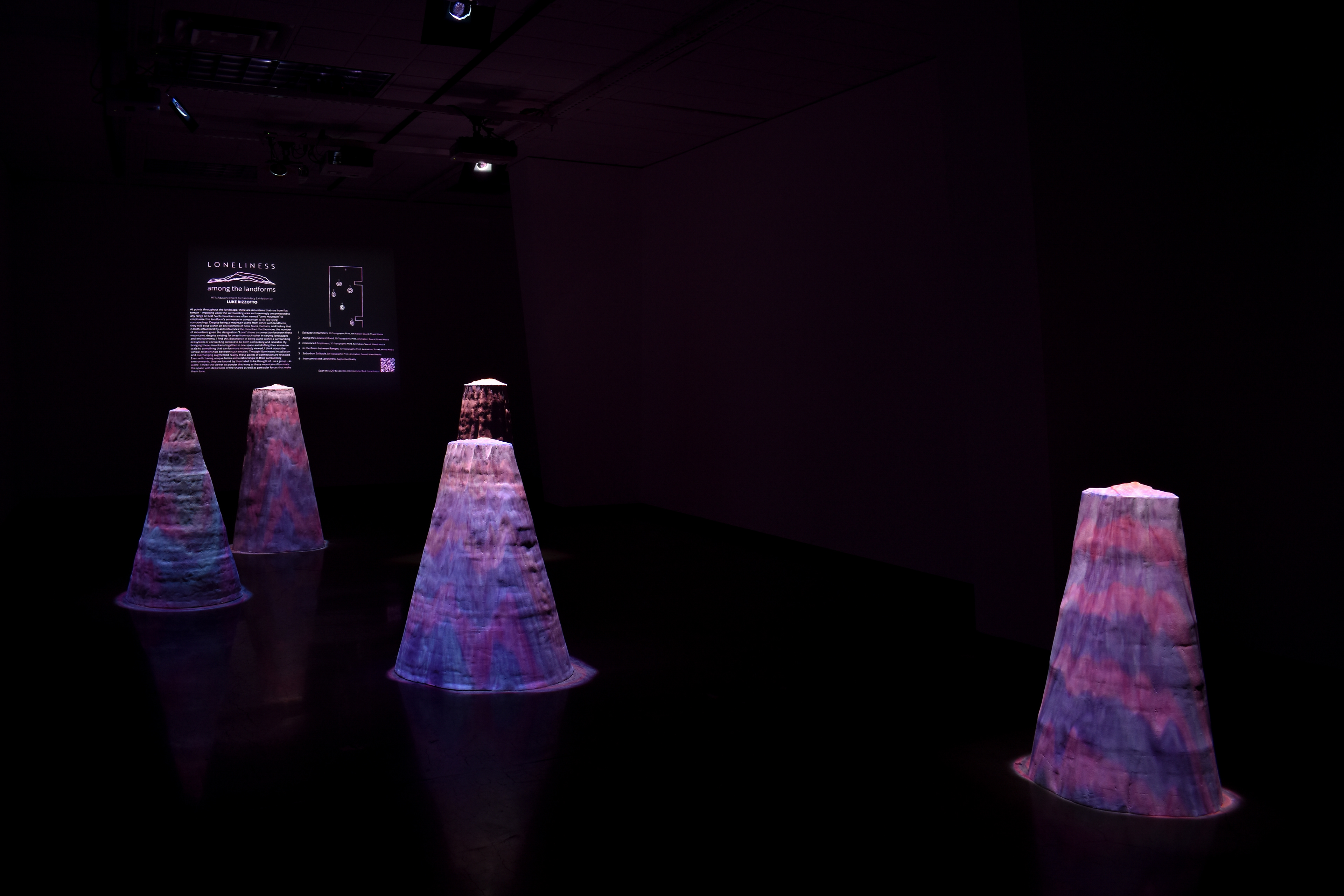 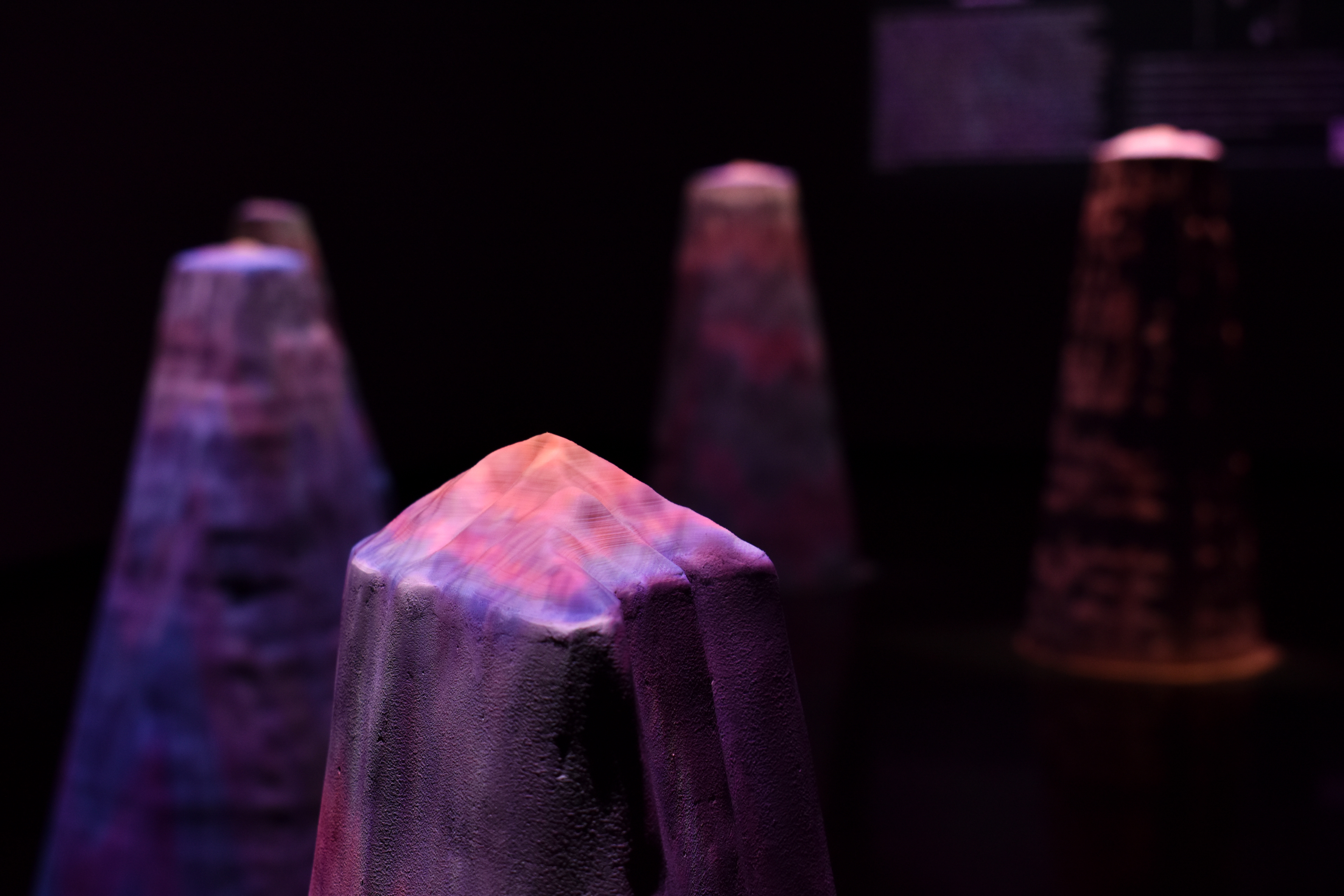 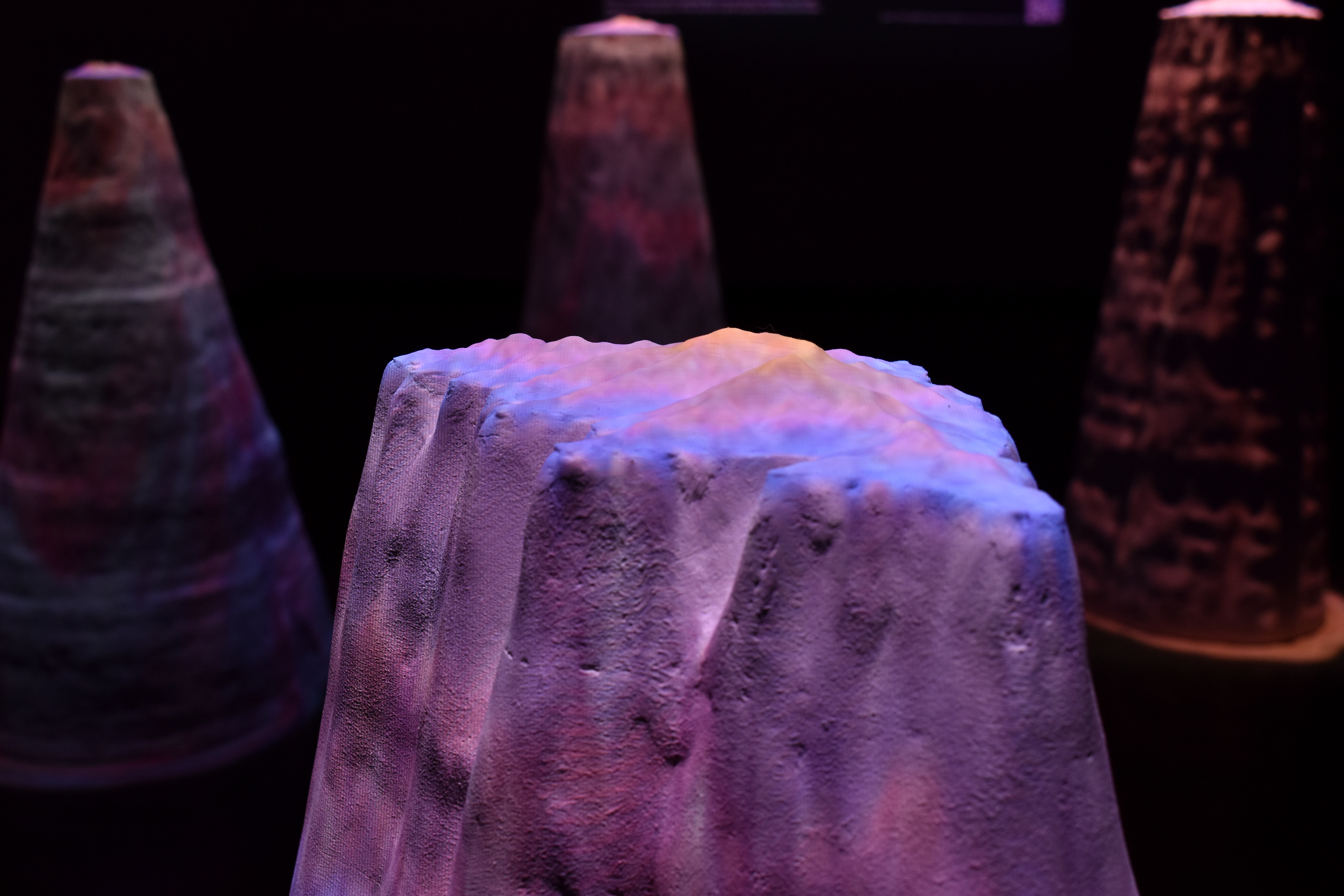 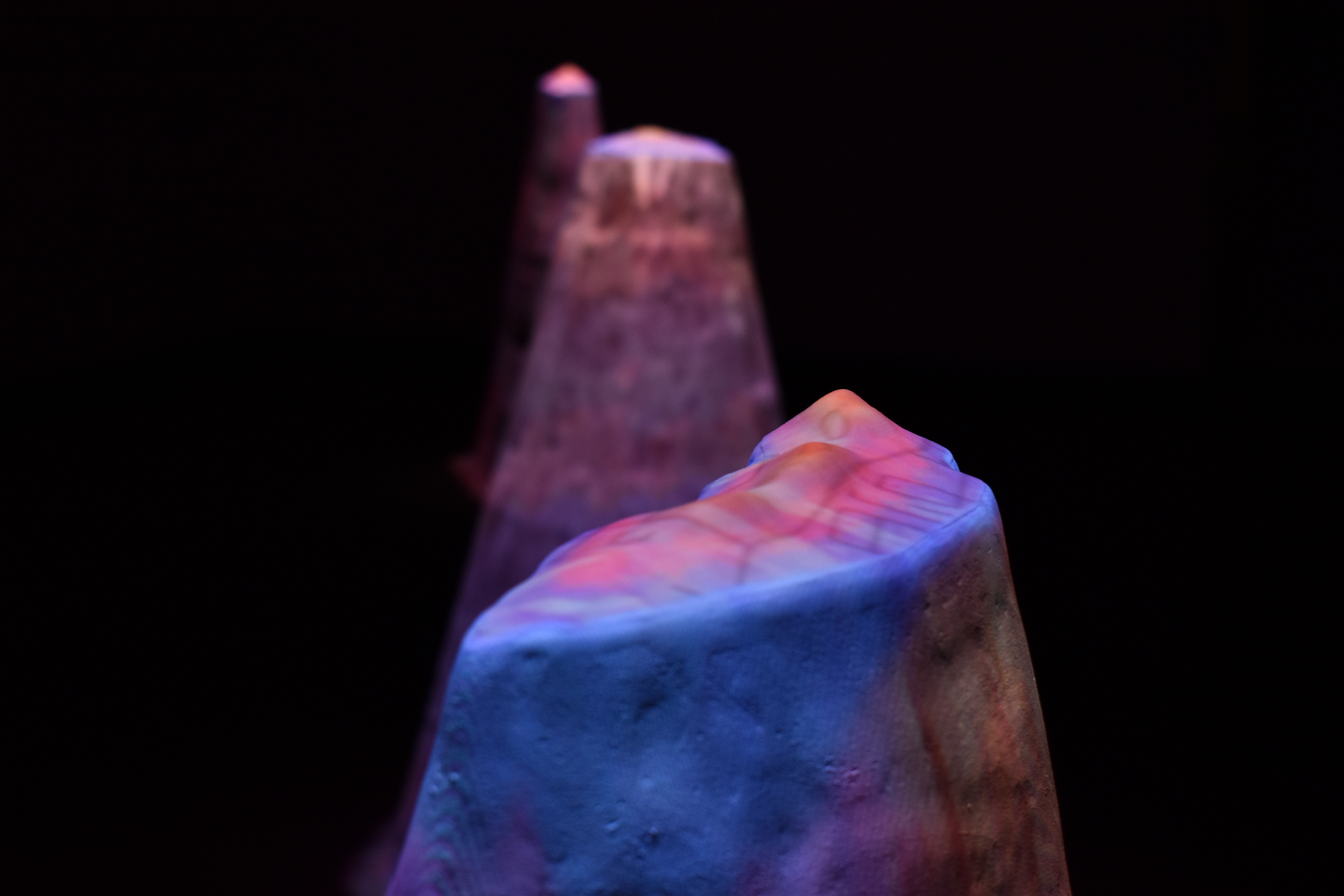